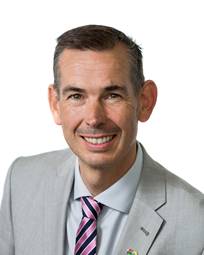 Andrew graduated from the University of London in 1990 with a First Class BSc (Joint Honours) in pharmacology and toxicology and then studied for his PhD with the Leukaemia Research Fund at the University of Wales College Of Medicine, graduating in 1994. He then joined the group led by Professor Andrew Newby for his post-doctoral work in Cardiff and developed adenoviral vectors for gene delivery studies in the cardiovascular system. He then transferred to a lectureship at the University of Bristol (Bristol Heart Institute) to continue studies on adenovirus-mediated gene transfer to assess vascular function and gene therapy.

In 1999, Dr. Baker joined Professor Anna Dominiczak at the University of Glasgow as a Senior Lecturer in Molecular Medicine, then as Reader and in 2005 as Professor of Molecular Medicine. Andrew was awarded the Blandsford Prize (1990) in pharmacology and the “Update in Thrombolysis Research” (Berlin, 1998) for his publication entitled “Divergent effects of tissue inhibitor of metalloproteinase-1, -2 or -3 overexpression on rat vascular smooth muscle cell invasion, proliferation and death in vitro: TIMP-3 promotes apoptosis” which was published in the Journal of Clinical Investigation.

In 1999, he was awarded the British Cardiac Society Young Investigator Research Prize for his work “Gene therapy for vein grafting: Tissue inhibitor of metalloproteinases-3 (TIMP-3) inhibits neointima formation in vitro and in vivo in part by promoting apoptosis”. He was awarded the MakDougall-Brisbane prize from the Royal Society of Edinburgh in 2008 and a fellowship from the Society in 2010. Also in 2010 he was awarded an Outstanding Achievement Award from the European Society of Cardiology and in 2011 received a Royal Society Wolfson Research Merit Award. From August 2010 to November 2011 he was Acting Director of the Institute for Cardiovascular and Medical Sciences at the University of Glasgow and in 2011 he was awarded a British Heart Foundation Chair of Translational Cardiovascular Medicine. In 2015 he was awarded a Fellowship of the Academy of Medical Sciences and from 1st October, 2015 Andrew relocated his BHF Chair to the Centre for Cardiovascular Science at the Queen’s Medical Research Institute, University of Edinburgh, UK. He became Head of Cardiovascular Science June 2017. 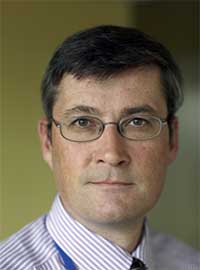 Professor Bennett trained in Cardiology in Birmingham and Cambridge. He was awarded one of the very first BHF 7-year Clinician Scientist Fellowships in 1990 and undertook research training at the Imperial Cancer Research Fund Laboratories, London, studying vascular smooth muscle cell (VSMC) division and cell death in atherosclerosis and arterial injury. This was followed by a post-doctoral position in Seattle, USA, and later award of a BHF Senior Fellowship in 1997. He currently holds the British Heart Foundation Chair of Cardiovascular Sciences at the University of Cambridge, with Honorary Consultant Cardiologist positions at Addenbrooke’s and Papworth Hospitals, and heads the Division of Cardiovascular Medicine in Cambridge. Professor Bennett directs the Cambridge BHF Centre for Research Excellence, the Cambridge Cardiovascular Strategic Research Initiative and the Cambridge PhD programme in Cardiovascular Research.

His major research interest is the vascular biology of atherosclerosis and artery development, and has identified the mechanisms and consequences of VSMC apoptosis and cell senescence in atherosclerosis. His clinical research programme examines the ability of invasive and non-invasive coronary artery imaging to identify vulnerable plaques, focussing particularly on VH-IVUS and CT. Professor Bennett has published widely on these subjects, and is currently on the editorial board of Circulation Research. In 2007 he was elected to the Academy of Medical Sciences and was the Chairman of the British Atherosclerosis Society until 2014. 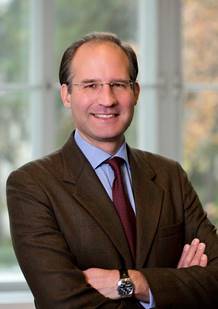 He is currently Deputy Head of the Department of Laboratory Medicine of the Medical University of Vienna. Christoph Binder is investigating immune mechanisms of atherosclerosis with a special focus on the role of innate and humoral immunity and how this can be exploited for the treatment of cardiovascular disease. He is Co-Editor of the Journal Atherosclerosis and Section Editor of Thrombosis & Haemostasis. Since 2014 he acts as a referee and board member of the Austrian Science Fund (FWF), and since 2016 as a member of the Executive Committee of the EAS. 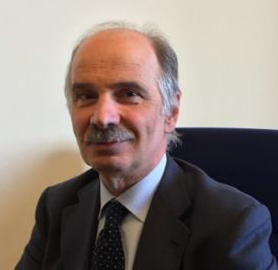 His main research interests include the study of atherosclerosis, lipids, lipoproteins and genetic dyslipidaemias, and he has made landmark observations regarding heat shock proteins and pentraxins in atherogenesis, on high-density lipoproteins in the modulation of the immune response, and on the identification of possible therapeutic targets by exploiting genetic information. 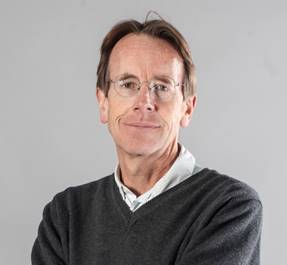 He came to Oxford in 1981 to run the ISIS “mega-trials” which showed that emergency treatment of heart attacks with streptokinase and aspirin halves mortality. Subsequently, his focus has involved showing that lowering LDL-cholesterol safely reduces the risk of having heart attacks and strokes.

In 1985, he became co-director (with Richard Peto) of the University of Oxford’s Clinical Trial Service Unit & Epidemiological Studies Unit (CTSU). He was appointed BHF Professor of Medicine and Epidemiology in 1996, and Head of the Nuffield Department of Population Health in 2013.

Rory became Principal Investigator of the UK Biobank prospective study of 500,000 people in 2005. He was elected to the Fellowship of the UK Academy of Medical Science in 2004 and the Royal Society in 2015, and knighted by the Queen for services to Science in 2011. 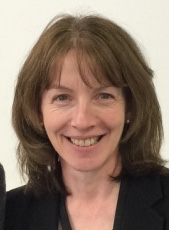 After a BBSRC CASE PhD studentship at the University of Manchester working on liposomes and toothpaste (!), Sheila joined the University of Sheffield Unit of Cardiac Surgery (with Gianni Angelini) and then the Division of Molecular Medicine (with Gordon Duff).  She secured a postdoctoral fellowship from the Lloyd´s Tercentenary Foundation on the molecular and inflammatory basis of coronary artery disease focussing on IL-1 genetic polymorphisms, coronary disease and the expression of IL-1 in human diseased arteries. Sheila was appointed Lecturer in 1994 to work with David Crossman on IL-1 in experimental models of atherosclerosis. In 1998, Sheila spent a sabbatical period in the Hynes Lab at MIT as a Fulbright Scholar. She is currently Professor of Cardiovascular Biology at the University of Sheffield. 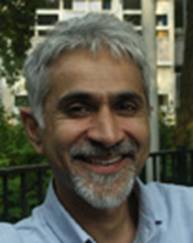 Aroon Hingorani is UCL Professor of Genetic Epidemiology. He is Director of the UCL Institute of Cardiovascular Science, Cardiovascular Programme Lead for the UCL Hospitals NIHR Biomedical Research Centre and a co-Investigator in the Precision Medicine Research Initiative of the HDRUK London site. He is Consultant Physician at University College London Hospitals NHS Foundation Trust and an NIHR Senior Investigator.
He graduated in Physiological Sciences from the University of Oxford in in 1986, and in Medicine, from the United Medical and Dental Schools (Guy’s Hospital) in 1989. After clinical posts in London, he undertook research on the genetics of high blood pressure as an MRC Clinical Training Fellow in the University of Cambridge, obtaining his PhD in 1997. He continued specialist training in General Medicine and Clinical Pharmacology at UCL and UCL Hospitals, pursuing research on endothelial function in cardiovascular disease and then cardiovascular genomics, as a British Heart Foundation Intermediate and then Senior Fellow.

His current work focuses on the use of genetic studies in populations as a tool to identify and validate drug targets, using the Mendelian randomisation principle. 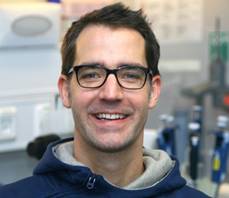 Oliver Soehnlein is Professor for Vascular Immunotherapy at the Ludwig-Maximilians Universität in Munich, Germany and holds a guest professorship at the Department of Physiology and Pharmacology at the Karolinska Institute in Stockholm, sweden. He received his M.D. in 2004 from the Friedrich-Alexander University of Erlangen, Germany, and his Ph.D. from the Karolinska Institutet. Oliver Soehnlein’s research focuses on understanding the role of myeloid cells in vascular inflammation. Based on this understanding he aims at designing tailored therapeutic approaches. 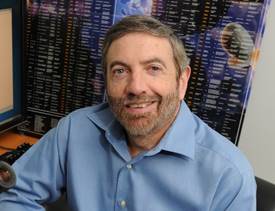 Dr. Ira Tabas, Richard J. Stock Professor of Medicine, Columbia University, completed his M.D./Ph.D. at Washington University and his clinical training at Columbia. His research has focused on the integrated area of cardiometabolic disease, where he has elucidated signaling pathways in macrophages that contribute to atherosclerosis and in hepatocytes that contribute to type 2 diabetes (T2D) and non-alcoholic steatohepatitis (NASH). His papers have appeared in Cell, Nature, Science, Nature Cell Biology, Cell Metabolism, Journal of Clinical Investigation, PNAS, and other top journals, and he is on Science’s Board of Reviewing Editors. Dr. Tabas has patents related to both atherosclerosis and T2D therapy, and he is co-founder of Tabomedex Biosciences, which is developing drugs for T2D and atherosclerosis. His awards include election to ASCI/AAP; AHA Established Investigator Award; Columbia University Lamport Award; AHA/ATVB Council Special Recognition Award; Washington University Alumni Achievement Award; Society of Leukocyte Biology Bonazinga award, which is the society’s highest honor for excellence in leukocyte biology research; Harrington Discovery Institute Innovator-Scholar Award; the AHA Ross Lectureship Award; 2019 NHLBI Outstanding Investigator Award; Keynote lecturer for the 2019 Gordon Research Conference on Phagocytosis; 2019 Dean’s Distinguish Lecture, Columbia University Medical Center; and Keynote lecturer for the 2019 European Lipid Club. 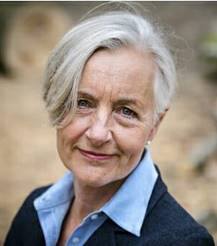 Professor Anne Tybjærg-Hansen works at the Department of Clinical Biochemistry at the Centre of Diagnostic Investigations at Rigshospitalet, and she is a clinical professor of Clinical Biochemistry and Translational Molecular Cardiology at the University of Copenhagen. The focus of her research is on changes in hereditary genes and how they affect the development of cardiovascular disease.

She graduated as a medical doctor from the University of Copenhagen in 1981, and specialized in Clinical Biochemistry in 1994. She spent 1 year at the University of Copenhagen and the Lipid Clinic at Righospitalet doing research, 3 years at Hagedorn Research Laboratory, Gentofte, Denmark; and 3 years at British Heart Foundation’s Molecular Biology Research Group, London, UK.

She is a member of the steering committees of the Copenhagen City Heart Study and the Copenhagen General Population Study, and is the past chairman of the European Lipoprotein Club (2013-17).

In 2018 she received the prestigious Anitschkow Award from the European Atherosclerosis Society (EAS) in recognition of her research and important work to improve public health.

Professor Tybjærg-Hansen is also among the most influential researchers in the world, and a 2017 survey reveals that she is the most highly cited Danish female researcher. 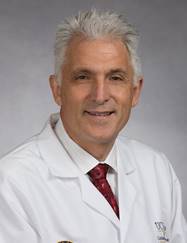 Dr. Tsimikas obtained his MD degree from the University of Massachusetts Medical School in 1988, completed Internal Medicine training at the University of Massachusetts Medical Center in 1991, and fellowships in Cardiovascular Disease, Atherosclerosis and Molecular Medicine and Interventional Cardiology at the University of California San Diego from 1992-1997. He is fellow of the American College of Cardiology, American Heart Association and Society of angiography and Intervention. Dr. Tsimikas clinical interests are in general and interventional Cardiology and in lipid disorders, particularly in Lp(a). In 2014, he established the world’s first dedicated “Lp(a) Clinic”. He teaches the atherosclerosis lecture to UCSD Medical students. His research interests focus on: 1-“biotheranostics”- biomarkers, molecular imaging and therapeutics targeted to oxidation-specific epitopes; and 2-Lp(a) pathophysiology and therapeutics. He is co-inventor and developer of the OxPL-apoB assay, which is the focus of 53 original scientific publications and 25 review articles. He has spearheaded clinical development and clinical trials of several antisense oligonucleotides, including to apoC-III, Lp(a), ANGPTL3, and angiotensinogen, one of which is approved in Europe and others are in phase 2-3 trials. He has published over 280 original manuscripts, review articles and book chapters, including in all of the major medical journals such as NEJM, Lancet, Nature, Cell, JACC, Circulation, Circulation Research, European Heart Journal, ATVB andJAMA Cardiology, His papers have been cited over 11,900 times and he has an H-index of 63.